Copyright levies are in the clouds

The Court of Justice of the European Union (CJEU) recently handed down its 14th judgment (judgment of 24 March...

The Court of Justice of the European Union (CJEU) recently handed down its 14th judgment (judgment of 24 March 2022, case C-433/20) on copyright levies (there is one more case pending – C-263/21). Such a large number of judgements does not mean that the issues related to calculating and collecting the levies are confusing and raise numerous doubts. On the contrary, a clear line of the CJEU’s rulings has already been established, which identifies key issues connected with collecting copyright levies in practice.

Meanwhile, in Poland, we have a so-called living fossil in respect of copyright levies:

We have also seen multiple unsuccessful attempts to reform this situation for many years now. On the one hand, collecting societies representing authors want to modernise the list of devices subject to levies while leaving the legal regulations as they are. While on the other hand, manufacturers and importers of devices (who pay the levies) would like the provisions to be amended to take account of the CJEU case law. And from 2021 onwards, we have witnessed a new twist in the form of the government’s attempt to make copyright levies the main source of revenue for the Artists’ Support Fund provided under the draft bill on Rights of Professional Artists.

We also have information chaos about copyright levies, with stakeholders often presenting levies in a way that has little to do with the legal regulations.

What do the copyright levies cover?

This ‘fair compensation’ is precisely the copyright levy.

It is worth repeating that the copyright levy only applies to the copying of works on paper or any other medium. And once again, the levy is only for the right to copy works.

If we only familiarise (read, listen, watch) ourselves with a work made available on the market, we neither copy the work, nor this activity is related with any duty to pay a levy.

The same applies when viewing photographs and graphics, listening to music, watching films or reading texts on the Internet. In practice, when using the Internet works are briefly copied in the browser cache, but this is covered by another exception under permitted use and is free of charge.

So which situations may be covered by the copyright levy? For example, copying works on a computer hard drive, TV set, pendrive, CD-Rom, scanning books or photocopying articles.

It is not difficult to see that we now rather rarely copy works. The availability of any work on the Internet, the possibility of accessing it within a few seconds from any device, has meant that the scale of copying works for personal use is now very small.

How to make the levy for copying into levy for using?

As part of the lobbying campaign concerning the above-mentioned draft bill on Rights of Professional Artists, the copyright levy was presented (and this was in official sources!) as a levy “for the possibility of non-commercial free use of their (i.e. creators’) works on these (i.e. electronic) devices“. In another place (again, an official source) it is stated that “It is thanks to it that it is possible to access copyrighted music, films, books or paintings for private, family or social purposes for free“.

A campaign was also started to promote calling the levy a compensation for fair culture.

Also, the draft of the Act attempted to give this levy the meaning of a fee for each form of permitted use of works, stating in the proposed new Article 20 of the Copyright Act that “The levy for permitted use of protected works or objects of related rights shall be subject to placing on the domestic market: (…)”

The emergence of a narrative distorting the actual content of the legal regulations is no accident.

With the demise of physical carriers as a form of making works available (by users as well as by authors and businesses), the provisions of law, both of the directive and Polish law, concerning the copyright levies have lost their raison d’être. In the new business models of the art and culture market, users access a work via streaming or Internet browser, and often do not even have the technical possibility to copy the work.

Therefore, if one were to stick strictly to the law, the reform of the copyright levies – which is indeed needed – should consist in lowering the amount of these levies so that they are adequate to match the real scale of copying works under permitted personal use.

Copyright levies and the cloud services

Let me return to the CJEU judgment of 24 March 2022. In that judgment, the Court held that copying works for private purposes includes copying them on a cloud server and that such copying may be subject to the payment of “fair compensation”.

This does not mean, however, that EU legislators should immediately introduce levies for servers (if they were not already subject to levies). The Court noted that in the case of copying of works in cloud services, the levy may already be paid for multiple devices and media in the same single process, and it should be confirmed that the total levy does not exceed the possible harm to right holders.

After all, copying with the help of cloud services does not exist in a self-contained form. The user must first copy the work on his device and only then upload it to the cloud service, while the medium in the device is already subject to the copyright levy.

This point was noted by Advocate General Gerard Hogan in his opinion, who stated that the copyright levy is compensation to authors and should be appropriate – neither excessive nor inadequate.

The Advocate General wrote that if a member state has a system of copyright levies on devices and media, private use copying based on cloud services should not be subject to a separate levy, unless the right holders could demonstrate that the levy on devices and media would be insufficient. Such proof, however, would require “considerable economic expertise and knowledge of a range of industries” and “prior empirical study on the matter”.

Perhaps such an empirical study is now needed to cut through the dispute, which is set to flare up again with the announcement of return to works on the draft bill on Rights of Professional Artists – as to whether levies should decrease or increase.

In my opinion, as the current regulation does not reflect business and market reality, a change in the level of the levies requires, above all, a demonstration that the levies currently charged are insufficient to compensate for the harm to creators. Establishing levies, especially for new devices or carriers, or increasing them in an arbitrary manner, without prior study of the scale of losses incurred by the right holders, is both incompatible with the provisions of EU law and, quite simply, unfair.

PS. I first wrote about copyright levies 10 years ago (and later a dozen other articles on this subject). And the first time I advised on copyright levies was in 2009, continuing to this day. In light of the above legal chaos, the future of this advisory (and my writing) on this topic does not appear to be in jeopardy. 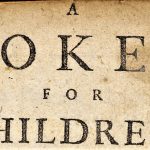